these were unprompted while others were saying they were thankful for their cars, their moms, their friends, and their toys. we had three of these, and another kindergarten teacher had one as well. 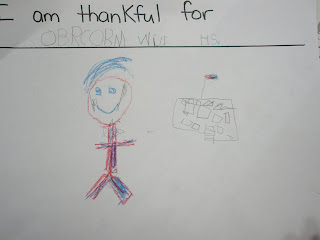 note the spelling: obrarakobama. that's the white house in the background. 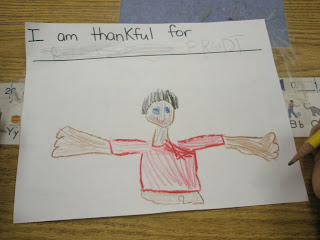 this little one said she was thankful for the president. after she added the pictures we learned she was confused. we decided not to explain the 'president-elect' title.
Posted by organized chaos at 4:39 PM

Email ThisBlogThis!Share to TwitterShare to FacebookShare to Pinterest
Labels: kindergarten...wow

That is the sweetest thing.

I am sure obrarak would love to see these pictures! You could just twitter him your blog address. :) K