The Great Math Debate and the Common Core

Now that I'm on maternity leave I have a lot of time to read education blogs. Unfortunately most of this time occurs in the middle of the night. At the moment I am typing left handed on my iPhone while I hold a sleeping baby with my right. Please forgive any typos.
I've seen a lot of posts over the last few weeks about how the common core teaches math. There have been angry parents posting their kid's homework on Facebook and Twitter, showing off just how crazy the common core really is. Outrage over their children being asked to justify their thinking is a huge part of this frustration. It's math, when you know you know, seems to be a common theme.
Here's the thing: these posts are getting people up in arms about the common core but it isn't the common core making teachers teach this way. These math methods have been around since before the core and they'll be here after it. This is how I've been taught to teach math since I began teaching and I don't teach in a common core state.
This way of teaching math teaches children to understand numbers, not merely follow a formula. It promotes a stronger number sense that should ease children in understanding higher math in the future. Beyond math itself it teaches students executive functioning skills they need to succeed in life. We should all be able to manipulate numbers and explain our thinking. We can't tell our bosses that we made a decision because our brains told us too. We need to be able to understand our thinking so we can build on our current knowledge. If we can't explain how we got to an answer how can we apply our answer to the next step? Since I started teaching math this way I've gained a much better understanding of math myself. I'm embarrassed that I made it all the way through college calculus but didn't have "ah ha" moments in math until teaching it this new way.
However, I strongly feel that this can't be the only way we teach math. Some kids will use this method and sail though because their working memory will quickly allow them to hold numbers, sums, and procedures in their brain while they work to find an answer. Some kids, particularly the ones I work with, the ones with special needs, have a much harder time doing so. They can follow the steps we teach and can understand the mathematical concept, but they can't always effectively "do the math." Their answers are often wrong not because they don't understand what they are doing but because they don't have any number facts memorized. They aren't automatic with their math facts, which means not only do they have to remember how to draw a number line to solve a subtraction problem, and how to explain it, but they have to remember the actual math facts. Quick facts like 1+9 or 8+7 shouldn't be something kids struggle with after it's been introduced. At some point those facts have to become automatic if we want children to be successful in math. Often when we are teaching math in this "new" way we teach students how to solve the problem, show their work and draw a math picture to show their thinking. After they can show their understanding we often move onto the next math concept without allowing our students to do more than just understand. We aren't letting them build mastery or become automatic with their number facts. When we move on to soon we leave kids with a lot of understanding but not a lot of knowing. When my students with special needs sit down to do a three digit subtraction problem they are more likely to get it wrong because they can't hold all the steps in their working memory. If they had some basic facts in their long term memory that would free up working memory space to determine how to solve the problem.
We can't just teach one way or the other- we have to teach both.
We also clearly need to spend more time educating parents on how we teach math and why- and more importantly/ we need parents to trust us instead of assuming the old way is always the best way. 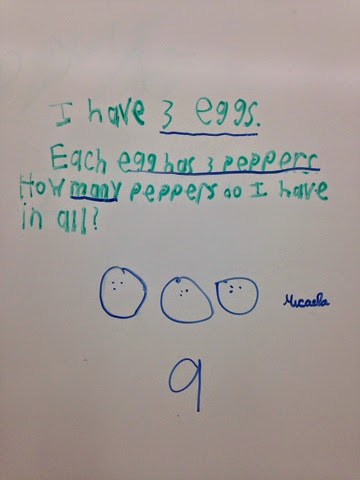 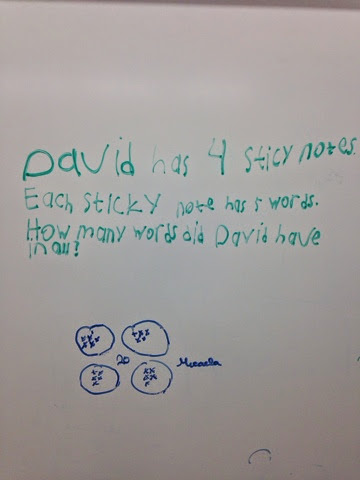 Posted by organized chaos at 12:21 PM