Make your own play scarves 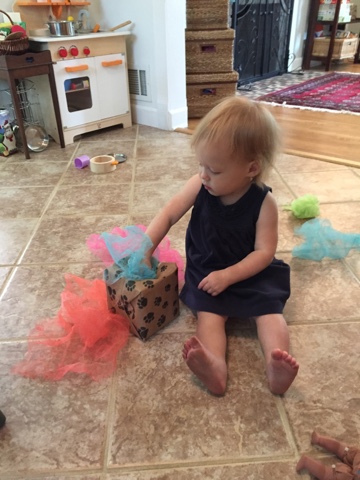 This summer I am doing a variety of sensory story times at local libraries (more on this later). One of the sensory objects I've been using is a set of activity/ movement scarves. I don't own a set myself so I've been borrowing from each library I visit. One librarian mentioned that she had heard you could make them yourself by cutting up bath poofs. I had to try.
At the dollar store I found a set of four poofs for a dollar. (I love that place!) 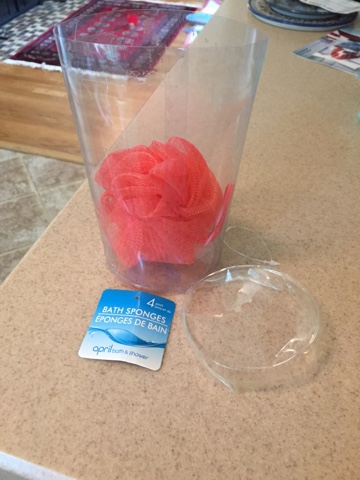 My four year old and I untied them, cut/ripped them in half, and then made various sizes. 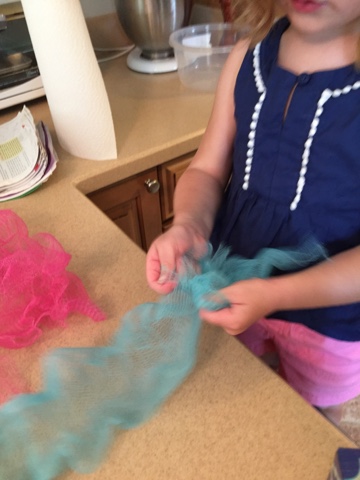 The mesh is fairly easy to rip once you make a good initial cut. I think we both really enjoyed the ripping process.
Then we took a tissue box wrapped in paper (sturdy brown paper, also from the dollar store), and pushed the scarves into it.
It kept my one year old busy for a very long time. 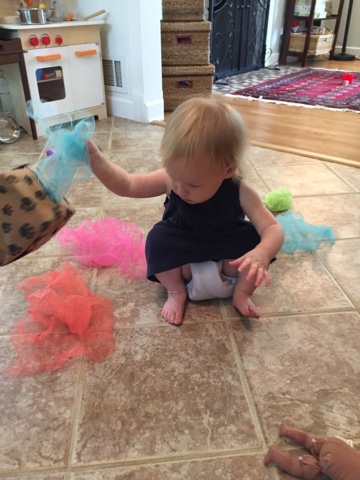 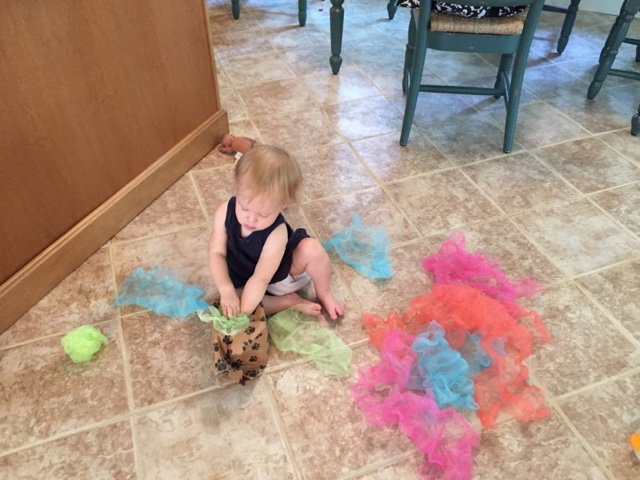 Scarves everywhere!!
Two sets of four poofs + wrapping paper = three dollars for lots of fun. The scarves themselves are $25 from Amazon.
Posted by organized chaos at 6:47 AM