"That's me. Sad." My personal reminder to respond to students' emotions

When I arrived at the door of a classroom to pick up my reading group of upper elementary students with intellectual disabilities I was met by some unhappy faces. It was a Friday afternoon after a very long week (the first full week we'd been in school since January because of all the snow days) and it was clear that the week was just as long on the students as it was on me. One of the students in particular was having a bad day.

He mopped into my room, begrudgingly sat down at the table with his book box, and reluctantly went through the lesson. He got up occasionally to get a tissue to wipe the tears from his eyes. After he completed the assignment he spontaneously drew a picture of himself, crying. "That's me," he labeled. "Sad."  Once he had my attention he stood up and walked over to the feelings target we have hanging on our wall from the Unstuck and On Target program. "I'm number four" he stated. "Four."

I've worked with the student since September but I've known him for three years now. I don't think we've ever had a conversation about emotions. What he likes, his weekend, what happened in his reading book, but never how he's actually feeling. Then again, he is usually a fairly happy fifth grade boy. 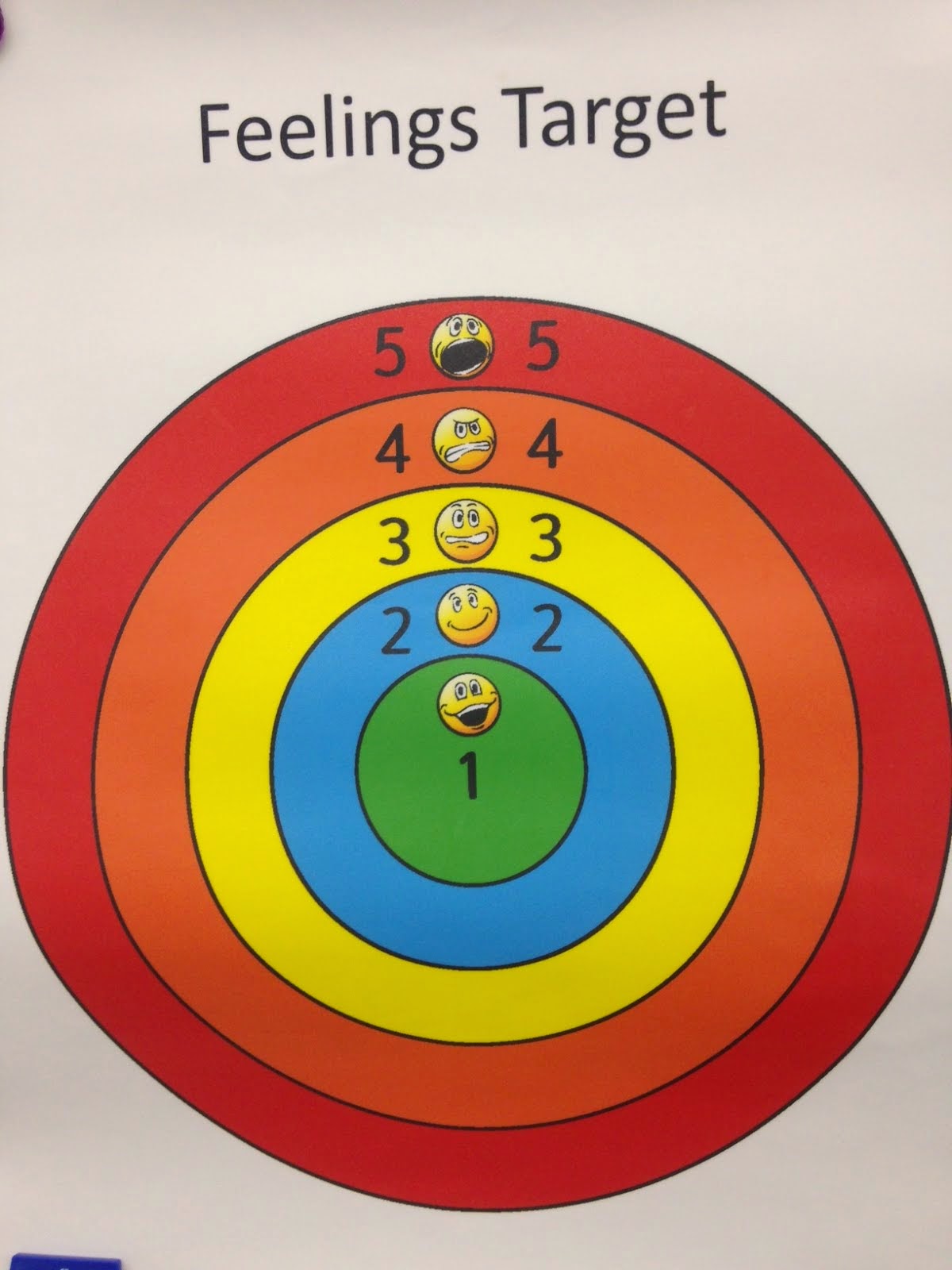 I looked at the picture, the feelings target and then at his writing. It wasn't his best work. In fact, he'd left out a lot of words out of his sentences. My entire goal for the activity was for him to write complete sentences, so I was going to have to ask him to redo the work. Then again, he clearly was not in a space to begin to re-write. "Why don't you write about how you feel?" I suggested. He nodded vigorously and then got to work, head down, pencil flying across the page. He filled five pages of pictures and writing, drawing how he felt, how he wanted to feel, and writing phrases and sentences with his thoughts. He included numbers from the target- 4, 4, 4, around the pictures to reinforce how he felt. Some words he wrote even included, "Go home to cry. I'm done. The end."

When he finally put his pencil down he was smiling. I went over each page with him very seriously, taking time to make eye contact with him and ask questions about why he drew what he drew and what had happened that day. At the end I asked him how he was feeling now. "Happy." he said. "Happy?" I asked, almost confused because he was not anywhere close to happy when he entered the room. I pointed to the target just to make sure that's what he meant. "Yes, number 1."
Taking a risk I asked him to go back to his work and re-write it. He did, almost perfectly.

The break to write about his feelings didn't detract from his academic work. It let him decompress, get his emotions out, connect with me, feel as though someone cared and then, get back to work. When he left my room he was smiling, which was a stark contrast to the crying boy who had entered. It was such a strong reminder to me of how important it is to respond to what our students need and remember that they are human beings.
Posted by organized chaos at 2:58 AM