Processing Their Process: Trying to understand the developmental stages of grief

If only parenting was as simple as writing a beautiful (yet boring) novel, where we could decide exactly what our child will experience. Or even like a choose your own adventure, where we could have at least some control of what our child comes across. Yet it’s not, and often the hardest part of parenting is being aware of our own emotions and how they influence our actions and our children. My daughter’s kindergarten class recently experienced the loss of a classmate. This has rocked most of us as parents, in so many ways, as we try to understand what happened, help our children understand what happened, and in turn, understand how children this young developmentally process death.
~~ 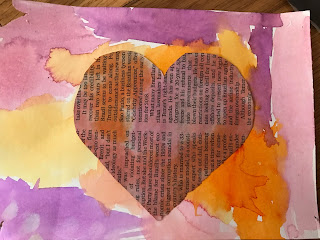 In the beginning of the school year, three small cards fell out of my kindergarten daughter’s backpack. They each contained neatly drawn pictures of her and a little boy, with “I love you” written on them. Not in my daughter’s handwriting. Her line number and his line number were included, as was her lunch number. My husband and I were a bit surprise by this development so early in her school career, but decided at least she had attracted the attention of a boy who had such neat handwriting, whose drawing skills were clearly advanced beyond that of a typical five-year-old, and one who seemed to have a head for numbers (And were a bit concerned that anyone would know her lunch number, but that’s another discussion). They were friends, our daughter said, and left it at that. So we did too, not wanting to make a bigger deal of her first love letters than needed. We saw him occasionally at school events and birthday parties, and found ourselves often asking about him. He was one of the kids we were given updates on when she returned home from school.

We heard about when he was first absent, and our daughter was concerned. He’d missed their field trip, and we assumed he’d gotten the flu because it seemed that everyone else was getting it. She continued to be worried about him, asking if he’d be back to school each morning and then reporting that he was not in the afternoon. We assured her he’d be back soon, but this flu season was rough and a lot of kids have to miss school for full weeks.

On Monday, my husband called me as I drove home, and asked me if I’d checked my email.
Her friend,""he almost whispered, "passed away."

I can’t begin to tell you where my head went in this situation. Utter disbelief, sadness, protectiveness, along with a million questions swirled through my head. How does this happen? By five and six we think they are invincible, or almost invincible. We’re past the point of worrying about SIDS or choking by eating a stray lego. They are sturdy, brave, and independent, and we forget just how sacred every moment of life is. Just imagining the mother’s pain leaves me unable to speak. There are no words to begin to describe such a pain, even one that I can only imagine.

And then there was the immediate situation of having to explain this to our daughter. The email from the school said that they were not going to address this in school, but instead were leaving it up to the parents to talk about with their children.

After dinner, we sat our daughter down, and when we brought up her friend, she looked hopeful for answers. “Is he coming back tomorrow?” she asked. I couldn’t finish the sentence, and so my husband stepped in and explained it to her. We braced ourselves for the worst, as this is the child who cried real tears when her doll’s legs popped off, or when we throw away old art projects, or when her playmate across the street moved away. She attaches to people, objects, and concepts, and has always had a hard time with change or transition.

“Do you understand what it means to be dead?” I asked. She’d lived through the loss of three of my grandparents, so it was something we talk about on a certain level.

Her answer seemed to smack our grief in the face. How could we be so saddened and distraught about a boy we barely knew, when it was her playmate who was gone.

Years ago, when I was a classroom teacher, a girl in my class lost her mother. A counselor gave me a copy of a book on the developmental stages of grief to help me understand how the girl may cope with death in school. So early in my career I was surprised by what the chapter said – children of this age are so literal that they may even ask questions if the worms were going to eat the dead person’s body. Or want to know what it would be like to be buried, or what would happen to the person’s stuff. They do not yet have the full understanding of what death is, and so approach it as they may approach learning about any new concept- with any questions that come to their mind, with no concept of what may or may not be appropriate to ask.

This information helped me greatly when I talked to my daughter about my grandparents passing away, and even more when she came home from school one day and asked if we could dig up my grandparents to see what their bones looked like. That was a hard one to swallow, but I returned to that chapter to remind myself that this is a part of development.

I’m re-reading it again now, and continue to be reassured at the “textbook” nature of how my daughter is processing her friend’s death. Little comments come out randomly, from out of nowhere, and then she runs off to play, only to return later with another question. “Mommy, kids aren’t supposed to die, right?”

“Mommy, he was supposed to be a grandpa, right?”

“Most kids get to become grandparents, right?”

“Mommy, the teachers aren’t talking about him, but the kids are. Everyone says he’s dead.” “What else do they say?” I ask, wondering what’s going on behind the teachers’ backs at school.
“Just that he’s dead. Everyone says it.” Perhaps for them, there is nothing more to say right now.

I answer honestly, but when I try to open to a larger conversation she runs off.

I’m trying hard to walk the line between showing her my concern and my own grief, but also not pushing her to be sad about something she does not yet developmentally understand. In a few years, she may look back at this time and feel a true sadness for the situation, finally processing what happened this winter. But for now, she’s still grappling with what death means, its gravity, and permanent-ness.

More than anything, I’m aware of my own helplessness. Somehow, if she was sad I could comfort her, and then feel as though I was doing something about the situation. But it’s not about me, and I can’t push her to feel something in order to comfort myself. And it does not mean she is unfeeling or lacking empathy with her mater-of-factness, although it can appear that was from our adult lens of the world.

So I wait, listen, answer, and pray. Pray for the family, for the teacher who has a class full of 24 literal children dealing with such a confusing concept, for the community, and for the mindfulness to be aware of my own emotions and separate them from my daughter’s.
Posted by organized chaos at 8:32 AM