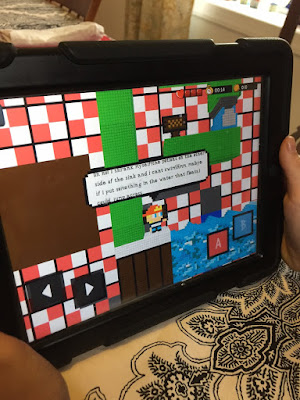 A few weeks ago my nephew made the mistake of excitedly showing me his new ipad game, Bloxels, which lets him create his own video game levels. The poor guy... as he showed me all of his creations and how it worked, all I was thinking was how I could use this for his homeschool work. So when I assigned him homework I told him he could complete a worksheet packet or he could use the Bloxels to create levels that showed what we were doing in science. I gave him general topics and told him to be creative. I was pretty sure he could figure something out. 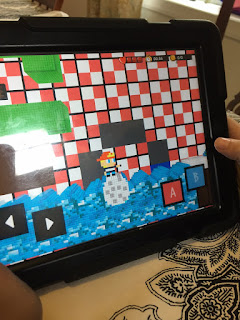 He did. He built three different levels. In one, the character needs to get across a sink full of water (the character can't swim.) He used the storytelling blocks to show the character's thinking and how if he put salt in the water he would change the salinity, making it possible to float across on a golf ball. 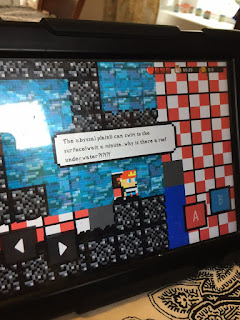 In another level, he created the ocean floor, with the character navigating his way through the different parts (the vocabulary pops up in the storytelling bubbles). And for yet another one, he made a Harry Potter story.

This week his homework is to demonstrate his knowledge of the parts of a plant cell in a bloxels level. We'll see what he comes up with.

I love this because he is not just writing definitions of what we are learning, or answering questions about it, but applying the knowledge. He has to understand it to be able to manipulate the ideas into a video game level. Then, he is spending much more time on making the levels than he would be if he was just filling out a worksheet. Even if he's spending time making a fancy background or creating a book that flips back and forth, he is still thinking about the science concepts. The more his mind is engaged in the concepts, the more he'll remember them.

I'd never heard of Bloxels before he showed it to me, but there are so many possibilities here to get kids engaged in curriculum topics while doing what they'd be doing in their spare time anyway. 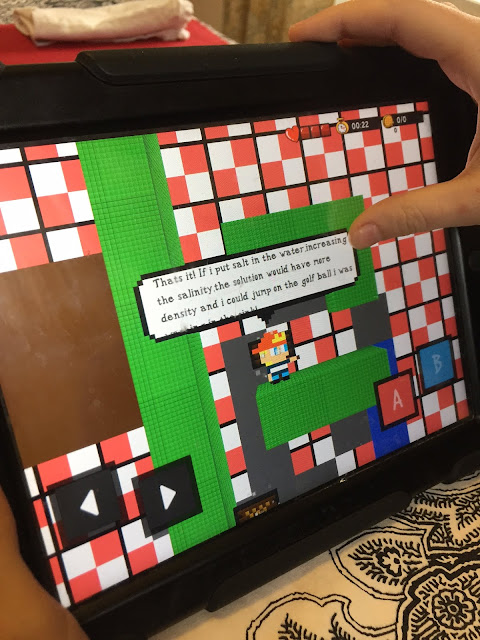 Posted by organized chaos at 6:52 AM

Email ThisBlogThis!Share to TwitterShare to FacebookShare to Pinterest
Labels: homeschooling